Four dogs have been made Marvin's Friends, which removes the usual $85 adoption fee, making these dogs free to a good home. The dogs in question are:

Negrita: who was chosen because of her age (10 years) and because she's such a quiet, calm dog she hardly ever gets a second look.

Winston: who is also ten years old, though he doesn't have an especially hard time calling attention to himself (his patented beagle bark makes him hard to ignore). 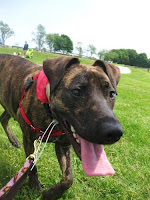 Fenway: who has been in the shelter the longest of all the dogs currently in our care. 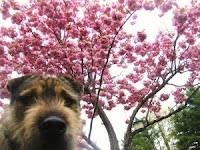 Honey: who is a very sweet girl, but suffers from anxiety and fear, which makes first
impressions very difficult for her.
*
*
*
*
*
*
*
The Marvin Fund was established in 2002 to help sick, injured and elderly animals get a second chance at health and happiness. It was named after Marvin the black lab, who himself was given a second chance and made the most of it. The Marvin Fund has helped over 1,300 animals since it was created.
Posted by Jesse at 3:30 PM